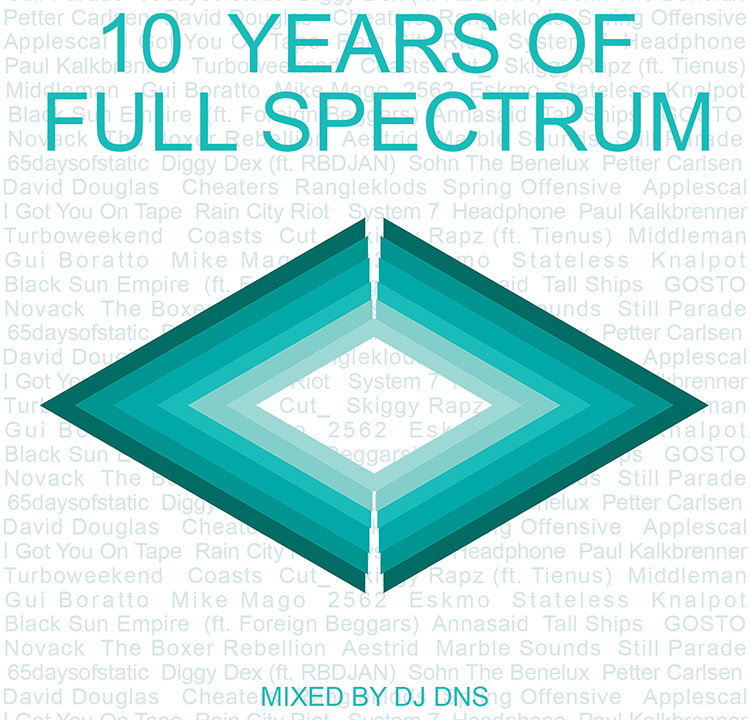 When it’s your birthday, you should celebrate and that’s just what we did! In case of Full Spectrums 10th birthday, we released a mixtape, mixed by DJ DNS, with artists from the past and some gems for the future. The hourlong set shifts from 65daysofstatic, The Benelux and David Douglas in the first half to Black Sun Empire, Tall Ships and Aestrid in the second half, with some Coasts and CUT_ thrown in the halfwaypoint. You can listen 10 YEARS OF FULL SPECTRUM on the 3voor12 Luisterpaal.

Also on the 3voor12-site there is an article about Full Spectrum, called ’10 jaar Full Spectrum in 10 sets’. The article is in Dutch, but it contains 10 sets with great significance for Full Spectrum. The sets are picked by owner Adriaan Muts. To top it all off, 10 YEARS OF FULL SPECTRUM was celebrated yesterday in Baut during Amsterdam Dance Event! With live performances of CUT_, David Douglas, Rain City Riot and Tinlicker and multiple dj-sets of hosts The Benelux the party lasted until 3 in the morning. On to the next 10 years!